Candlestick is one of the simplest technical analysis tools but provides accurate information so that it becomes one of the traders in conducting market analysis.

In 1978 In Japan, it used candlesticks and then became more popular in the forex world in the 1990s.

Since then Candlesticks have become the main tool for traders in analyzing markets replacing the position of bar charts.

One reason is that candlesticks are easier to read than bar charts.

If we classify the Japanese candlestick patterns there are 21 candlestick names that traders should know about.

These 21 candlesticks are the candlesticks that appear most often on the market and become one of the references in making decisions in trading.

The names of candlestick patterns to help traders recognize as early as possible in the market, selling or buying pressure are all implied in the candlestick.

Start trade with TenkoFX broker.
Expereienced forex Brokers with positive feedback of reviews from users and are regulated by IFSC Belize 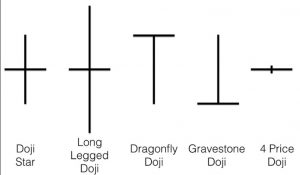 Doji reflects medium prices where the strength of sellers and buyers are balanced so that this candlestick pattern is not to determine buy or sell signals.

This Japanese candlestick pattern is more dramatic, that prices go up high then there is profit-taking then prices bounce back to the middle.

This pattern rarely happens, but when it happens, prices will tend to rise or become bullish.

The opposite of dragonfly Doji, the gravestone pattern of prices that have reached the top does not then go down strongly and return then close at the same level. 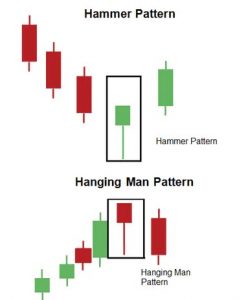 Hammer Is a bullish reversal pattern.

This occurs in a downtrend, with strong selling pressure, but then the price gets a strong buying response so that it then closes at an open price or higher.

As reversal bearish, this candlestick is like someone hanging, always happening after an extension of the uptrend.

The analogy is that traders see a sell and rush to take a position but then they find that they can buy at a much cheaper price. 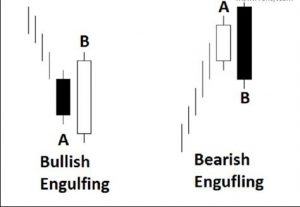 This candlestick pattern indicates a decrease in bearish pressure and the price formed a new bulls candlestick that engulfed the previous candlestick.

The existence of this candlestick indicates that sellers’ strength is weakening, filled with buyer’s pressure.

This occurs after a significant uptrend.

When the rising trend dominates, there is a large bear pressure that forms the bears’ candle that engulfs the previous candle.

This shows the uptrend has weakened and possibly as a reversal signal. 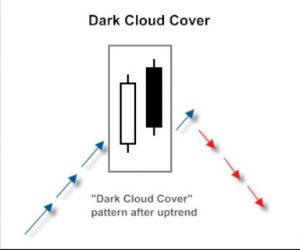 Dark Cloud Cover occurs after the uptrend, then bearish candlesticks appear to start to fill the market.

There is a gap between the last close price bulls candle and the open bears’ candle price.

Dark Cloud signal is a strong bearish signal so if you have a buy position you should immediately close it because of the high possibility the price will reverse. 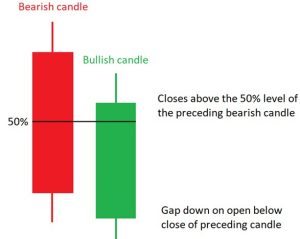 Piercing line pattern, the model is similar but this is the opposite of dark cloud cover.

If Dark Cloud Cover occurs in an uptrend and that the uptrend will end soon, the previous candlestick, which indicates that the price will go down.

The piercing line indicates that the downtrend will end or reverse, and bullish conditions start to fill the market.

There is a gap between close price bears candle with an open price on bulls candle. 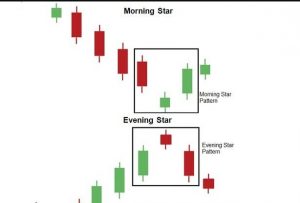 These patterns usually occur during a continuous upward trend.

Evening Star provides information that bullish and bearish pressures are being drawn, but neither side wins.

Then the third candle appears with a real black body, giving a strong signal that the price will turn around..

The Morning Star candle formation is the opposite of the Evening Star principle that occurs during a downtrend starting with a black candle.

Then the third star and candle become a complete reversal signal. 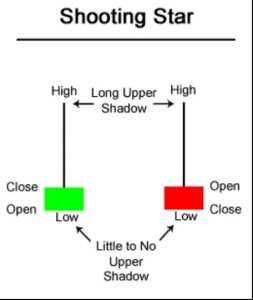 Candle Shooting Star can only occur in markets that have the potential to rise.

And when the candlestick appears it will be a warning that the minor uptrend will experience a reversal.

In the body of a small Shooting Star and a long upper shadow indicates that the bullish pressure is controlled by bearish pressure. 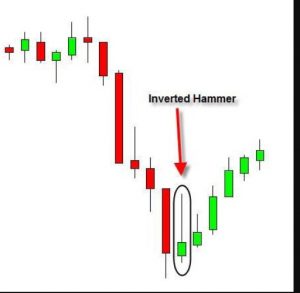 If you see a candlestick, the model is Inverted Hammer similar to Shooting Star.

The main difference is that Shooting Star occurs at the end of the uptrend, while the Inverted Hammer occurs after a significant decline takes over. 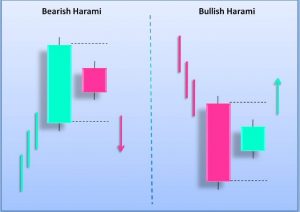 When we look at Harami candles, we will imagine the first candle as a mother and the second candle like a child appearing from her stomach.

That’s where the name Harami or pregnant woman comes from.

Harami candlesticks can occur when an uptrend or downtrend, such as appears in an uptrend even though it seems bullish still in control of the market but has enough potential as a reversal signal. 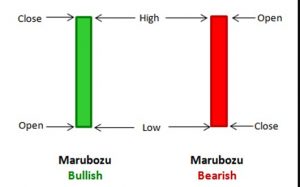 In Japanese, Marubozu means chopped or other names of the head shaved or the bottom shaved.

A typical Marubozu candlestick is a long candle, which shows when the market is in a wide range.

And with a short shadow or almost no shadow indicates that prices move up (white candles) and move down (black candles) with full volume.

High Wave and Spinning Top are candlesticks that express doubt and confusion.

An interesting question about this candlestick, are the waves high and round opposite to Marubozu?

The answer is relative, which is certain when Marubozu appears which reflects the buyers and sellers totally agree with the market, this contrasts with the round-up and high waves. 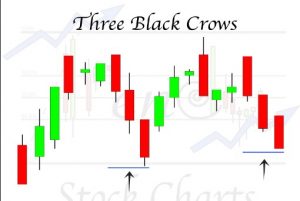 Candle Three Black Crows, a rare formation on the market.

And when there really is a swing, traders must be aware of this candlestick.

The three black crows reflect that the seller has regained the price on the market and that the next price may move down. 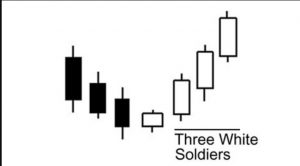 The Bullish pair for the three black candle crows is known as ‘three white soldiers’ and by theorists consider it a candlestick pattern that gives a strong signal to rise or bullish. 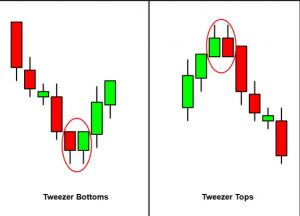 Tweezers can help traders to immediately withdraw the profits they get on the market.

Tweezers are rare this pattern appears in the market based on our experience.

But when the pattern appeared they are almost always significant.

There are two types of tweezers according to theory, tweezers top and bottom tweezers, and traders know them as double bottom or double top patterns.

Getting to know candlestick patterns and their names will make it easier to practice in our trade.

This method is very simple but has high accuracy.

Although there are several other names for the Japanese candlestick, by studying the Daqsar step by step, you will get better results.

What is bretton woods system?

What is market consolidation?

What is bretton woods system?