Business Media
60
No Comments
Share Tweet Share Share Pin it
Who does not know WhatsApp application, the application to send messages, this is very popular and many people in the world use WhatsApp, but how does WhatsApp make money? we know that the use of this application is free, no ads appear when using this application. This is an interesting question because WhatsApp is an

This is an interesting question because WhatsApp is an application that almost everyone uses.

This is an interesting question because WhatsApp is an application that almost everyone uses.

Alright, we will be looking for information to review about WhatsApp application, follow this paper to complete.

Work from home in pandemic is safe for healthy, Trade forex, crypto make money from home, and stay at home.

The Whatsapp application or many people know it as Whatsapp messenger is a messaging application that can run on smartphones. If you have ever known BlackBerry Messenger, it has the same function, but each has different features.

At first, WhatsApp was only made for iPhone users, but in later development, it could also be for android phones, blackberry, windows phones, and also Symbian.

The name WhatsApp is actually a pun on the word What’s up which means how are you.

Whatsapp is a cross-platform messaging application, which allows users to send messages without SMS fees.

To be able to send messages via WhatsApp requires the internet like as when we send emails, browse websites.

Internet data packages used can be 3G, 4G, or wifi for data communication, internet speed affects the speed of sending and receiving messages.

With the WhatsApp application, you can chat, send a picture or video messages, and also voice messages.

Because of some of the advantages of WhatsApp features that makes it a lot of users using their platform.

Founder WhatsApp is John Koum with Brian Acton in 2009, John Koum was a Ukrainian, then moved to California with his mother in 1992. His mother was a baby sitter at the time and he worked as a cleaner in a grocery store. Getting interested in programming at the age of 18, he himself was born in 1976.

To use WhatsApp users must register using a mobile phone number. This is different from Blackberry that uses a PIN and Line that uses email and cellphone numbers.

The features of WhatsApp are very diverse, as mentioned below.

Before the application was charged a subscription fee 1$ after a year of use, but in 2016 this fee was waived after 990 million users.

For Android phone users, you can download WhatsApp on the Play Store application. The newest android smartphone by default, available a store application called Play Store. You can use the search box to finding WhatsApp in the play store.

For iPhone users or iOS users can download it in the App Store application.

Most WhatsApp users are Android and IOS mobile users. If previously this application also supports Windows Phone, but reportedly this application no longer supports phones that use Windows operating systems, such as Nokia Lumia. So users who use WhatsApp on these phones can at any time stopped and cannot send messages again, this was announced on Tuesday 31/12/2019.

Revocation of WhatsApp on Windows Phone has a reason because Microsoft does not support the development of this operating system and they recommend that WhatsApp users switch to Android or iOS.

But, Android and iOS are not entirely safe. Older versions of the two most popular mobile operating systems will follow the fate of Windows Phone on February 1, 2020.

By default, WhatsApp uses end-to-end encryption. It means that only the sender and recipient can read the message. No one else can read user messages including Whatsapp.

So whatever message you send to your friends, it will not fall into the wrong hands, you can send videos, files, voice messages, text safely.

All messages sent are secured with a key. Only the recipient and sender have the special key, which is needed to open and read messages from the sender.

Users do not need to do manual adjustments because they all happen automatically. No need to activate certain settings and create a secret chat to secure your messages.

WhatsApp Web is a Whatsapp feature that allows users to synchronize between mobile and computer or laptop, through a browser. So, you can access WhatsApp chats on the computer.

WhatsApp Web can be a very useful feature. Especially for people who spend more time on the computer.

This feature will make our time more efficient if we are active users using laptop or computer.

Using WhatsApp Web, you can type faster through the computer keyboard and you can also send files on the computer because WhatsApp Web is web-based, but you can’t make calls via WhatsApp web. Users log in through a browser, so it becomes lighter.

To activate the WhatsApp web you only need to do the following steps.

In 2014, WhatsApp co-Founder Brian Acton sold WhatsApp to Facebook for the US $ 19 billion. Meanwhile, a tough negotiation took place between Mark Zuckerberg and Jon Koum the CEO and founder of WhatsApp.

At first, Jon Koum did not approve of the acquisition because Mark Zuckerberg will bring WhatsApp as an ad-based application.

Zuckerberg reported that what made the acquisition successful because of his dog, named Beast. 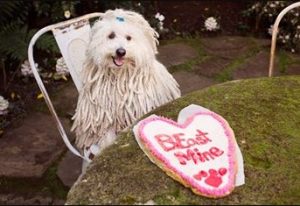 Zuckerberg said that the atmosphere of negotiations in the room was very silent. However, the silence immediately has gone a few minutes after the Beast entered the meeting room.

“He (Beast) seemed to say, ‘What’s going on? These two people are just sitting quietly here”.Recalls Zuckerberg explaining Beast’s confusion in the same room with him and Koum.

“Then the dogs jumped on Koum’s lap. Then Jhon Koum started to stroke him and later he said, ‘OK, I think we agree’.” he said.

Unfortunately, the togetherness of the two on Facebook must end. Acton only lasted almost 3 years after the acquisition and left the company in September 2017, while Koum left in May 2018.

Reportedly Acton expressed regret for selling WhatsApp to Zuckerberg. According to him, Zuckerberg has forced WhatsApp to go into the advertising business. A thing that Acton didn’t originally want to have in its application.

“I sell user privacy for big profits. I make choices and compromises and have to live with it (regrets) every day,” Acton said. to Forbes.

How does WhatsApp make money?

Since it was acquired by Facebook, WhatsApp hasn’t gotten much money apart from the subscription fee for one dollar for first-year use.

Then how does WhatsApp make money? As WhatsApp users, of course, they have never found any ad impressions on the user platform. Initially, Facebook planned to display ads in the user’s status, but recently the team reportedly said to make the ads dissolved.

Before leaving from WhatsApp, Koum had stated that WhatsApp had committed not to include advertisements in its service.

WhatsApp instead has other plans to gain revenue.

Whatsapp will target companies that want to utilize the WhatsApp-owned user database. The form is still not an ad. The company will be able to interact with targeted WhatsApp users.

For example, flight schedule delays information can be sent directly to passengers via WhatsApp by the airline.

On the other hand, a Facebook spokesperson said to a business insider that WhatsApp would focus on building features that bridge businesses to communicate with customers in the application while developing payment systems in other countries.

The spokesman further stated that advertising will be a long-term opportunity and has not yet been determined for its application on the platform.

Then how does WhatsApp make money? WhatsApp will make money through the catalog feature on WhatsApp Business.

This feature will give WhatsApp users the opportunity to exchange messages and photos with an online store without leaving the application.

This catalog will be in the form of a mobile storefront on WhatsApp which is intended for online stores to showcase and share their merchandise so that WhatsApp users can easily browse and find the items they want to buy.

Another way with WhatsApp Pay.

This is a digital wallet that will stick to WhatsApp. So users can make payment transactions without leaving the platform.

WhatsApp Pay service was launched in February 2018. This service has been tested in India and received a positive response. Until now this service is still in beta version and awaiting approval from Indian regulators.

API is the Application Programming Interface, which is an application that will complete certain tasks given. The use of API in WhatsApp business is to allow users to automatically get responses from applications, which if during before 24 hours it is still free, but will be charged after 24 hours depending on the user’s area.

To prevent spam, the API may only send messages to users who are already in contact with the company, with the API also allowing automatic sending notifications, warnings, and several other automatic tasks.

By using the API, the business owner does not have to provide a response manually, and this is one source of WhatsApp revenue.

What is the business model for WhatsApp?

WhatsApp has a business model by subscribing to its users with an annual renewal fee. This will be one answer to the question of how does WhatsApp make money.

Where users in certain countries will get a bill of 1 $ in the first year and the following year, but free in several other countries.

The rest is automatically updated (free) at the end of the subscription period. People prefer to call it with average revenue per user, abbreviated as ARPU.

Now WhatsApp is a part of Facebook, even though currently it hasn’t given much money, but WhatsApp is likely to be one of the platforms that are intended as a new business model that earns more money.

But because WhatsApp users are more than 990 billion users. Some analyst has the opinion that all user conversations cross their servers and they can utilize that to filter user searches that often become conversations between users. Facebook will use this data as target ads on the platform.

For now, it has not been seen with certainty WhatsApp business model since Facebook acquire WhatsApp. But it is possible that in the future Mark Zuckerberg will make a breakthrough business model for WhatsApp. If you remember the acquisition value of 19 billion dollars it is a very large value. It could be after the departure of Jon Koum and Acton will give Facebook the freedom to overhaul its business model.

Whatsapp was founded by Jon Koum and Brian Acton with their hard work, which prioritizes the use of Whatsapp is not an ad-based application but based on an annual subscription fee which is also very small.

But after being acquired by Facebook the two inventors of WhatsApp certainly got more money because of the acquisition value of 19 billion dollars. Of course, this makes both of them become rich. But apart from that, there might be friction between Acton and Koum with Mark Zuckerberg, he finally left the company that was founded.

But it seems that some of the company founders who were acquired by Facebook mostly chose to leave Facebook.